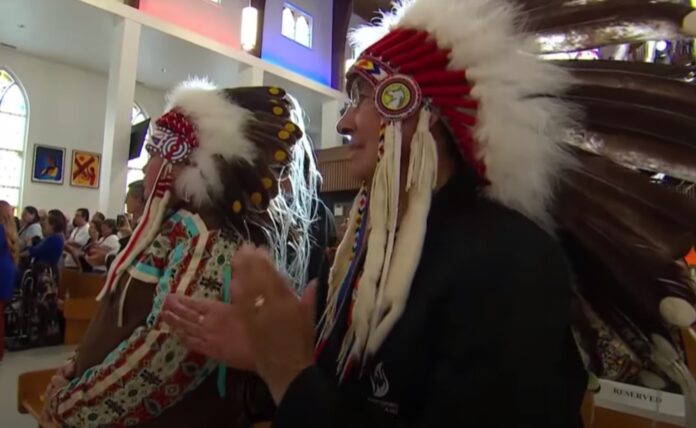 Bishop Raymond Poisson of Saint Jérôme-Mont-Laurier, a former president of the conference, said that the feedback of Canadian Catholics in the synod process shows that they want “their church to be relevant and engaged in our world’s ongoing transformation.”

Newsroom (10/09/2022 1:40 PM Gaudium Press)With preparations for the continental phase of the Synod on Synodality underway, the Canadian Conference of Catholic Bishops recently published its national synod report that highlights a general desire for a listening and welcoming church, with more co-responsibility between clergy and laity, and for church, leadership to be more vocal in the public square.

A more specific desire of the faithful that was expressed throughout the report was for the Canadian church to take more “decisive” action to assist in the healing of the Indigenous peoples wounded by the church, particularly by the Indian Residential School system and its legacy.

The conference on Sept. 2 published the 10-page report. It was submitted to the General Secretariat of the Synod of the Holy See on Aug. 15. It was drafted using synthesis reports prepared by each of Canada’s four Regional Episcopal Assemblies – Western, Ontario, Quebec and Atlantic regions.

Bishop Raymond Poisson of Saint Jérôme-Mont-Laurier, a former president of the conference, said that the feedback of Canadian Catholics in the synod process shows that they want “their church to be relevant and engaged in our world’s ongoing transformation.”

“They recognize the urgent need for the church to undergo a profound missionary renewal,” Poisson, a Canadian National Synthesis Writing Team member, said in a statement.

The report was divided into 11 sections. There were nine themes between an introduction and conclusion: Listening, Speaking Out, Celebration, Co-Responsibility in the Mission of the Church, Dialogue in Church and Society, Ecumenism, Authority and Participation, Discerning and Deciding, and Forming Ourselves in Synodality.

In the introduction, the report highlights a central takeaway from each of the regional reports.

In Western Canada, it notes that there’s a significant population of Indigenous and immigrants. Therefore the issue of reconciliation has “taken on particular importance, as has the desire for a humble church that is concerned with reconciling and bringing people together.”

The report shows that the faithful in the Ontario Province focused more on the internal organization of the church, such as the hierarchy, internal relations, faith education, and the need for catechetical formation. And in the Atlantic provinces, there was a desire for greater leadership and shared responsibility.

Finally, it states that the Quebec Province is “strongly marked by the secular character of society,” adding that “there is a desire for urgent change in order to regain – or preserve – what remains of the church’s relevance and mission.”

Much of the broader feedback that spanned all four regions were along the lines of that in other nations and the U.S. diocesan and archdiocesan synod reports – with feedback on welcoming, listening, need for dialogue, co-responsibility, and clericalism all prevalent, as was the desire for the synod process to continue even after it concludes with the Synod of Bishops in Rome next fall. The report’s authors were also forthcoming with challenges in meeting some of the desired changes.

The report states that some suggested that listening must be accompanied by “respect and action,” adding that some felt “the church’s capacity to listen was poor, and that concrete responses were rare.” There was an extra emphasis on listening to those on the peripheries and those who do not regularly attend church – a common theme of Pope Francis.

The report also notes that Canadian church leaders are hesitant to testify publicly on issues of common concern, especially when the church’s position is at odds with public opinion. It appears there are differing opinions on what issues Canadian Catholics want there to be an emphasis on. Some of the faithful advocate for traditional teachings not necessarily shared by secular society, while others like the church to promote causes taken up by contemporary society.

Another feedback was that homilies are often “inadequate, uninspiring and disconnected from real life concerns and the challenges of today,” with some suggesting that “allowing the laity to give homilies could improve this situation.”

The report further highlights many complaints that clericalism is still very present, “marginalizing the laity, and women in particular in carrying out the co-responsibility in the church.” Along those same lines, it’s stated that there’s a perception among many of the faithful that the church’s authority is concentrated in the hands of the ordained ministers with little opportunity for the faithful.

“In short, an authority of service should in its exercise involve the participation of a greater number of the faithful,” the report states. “This could better place the church on a path of humility and reconciliation with a world that suffers from the divisions and negative consequences of its recent history.”

The USCCB hasn’t yet published its national synod report, which was due to the Vatican on Aug. 15. The conference did not immediately respond to a Crux request for comment on the status of the national report.

In Canada, Archbishop Richard Gagnon of Winnipeg, a former CCCB president and member of the Canadian National Synthesis Writing Team, said the synod process inspired him.

“I found great encouragement and inspiration in the level of engagement I witnessed in this process,” Gagnon said. “It showed that God remains at the center of the lives of many Canadians, and that many families feel a positive connection with the impact Catholic parishes are having in their communities.”

For the Archbishop of Tokyo, State Funeral for Slain Japanese Former Leader Was ‘Divisive’

For the Archbishop of Tokyo, State Funeral for Slain Japanese Former...