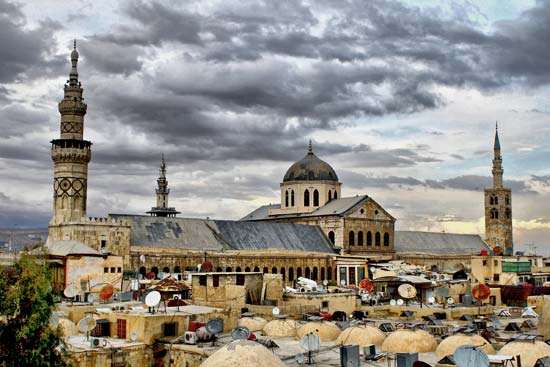 The news gladdens the seminarians, now studying in their own country rather than moving to Lebanon.

Newsroom (31/08/2021 1:18 PM, Gaudium Press) Damascus will host its first Catholic Theology University. The inauguration will take place in September, and for the first month, it will only be accessible to students and Professors. The news brings joy to the seminarians, who now will be able to study in their own country instead of moving to neighbouring Lebanon.

According to the rector of the new Faculty, Father Youssef Lajin, this Catholic teaching center aims to offer students education on both general and ecclesiastical Catholic culture. In addition, after graduation, students will be qualified to work in the teaching field.

The first Byrian Catholic Theology University will be open to everyone interested and wants to deepen their knowledge of the Christian religion and the Catholic world. Everyone who wishes to know more about the Catholic Faith will be welcome at Damascus’s new Catholic teaching centre.

The first Catholic Faculty of Theology was born where the former patriarchal school, then the Damascus Theological Institute, was erected through the presidential decree of May 7, 2019. The formative cycle is five years, encompassing two of Philosophy and three of Theology. Among the subjects taught are Dogmatic Thelogy, Patristic, Sacraments, Church History, Pastoral Care, and Social Doctrine of the Church.

According to Father Youssef, the course guidelines follow the guidelines of the Congregation for Catholic Education, including studies of several languages such as French, English, Latin, and Greek. There are plans to open a language institute as well. Students who graduate from the institution will receive a state-recognized qualification to teach Theology. (EPC)